The reason for my post is that I have had 3 cervical fusion surgeries since First it was C5 through T1, and after falling and landing face first inon cheekboneI had to have C fused. Both of these were through the Front so they removed the initial plate and screws and replaced with a smaller one between C4 and 5. The reason for my post is that I have had 3 cervical fusion surgeries since First it was C5 through T1, and after falling and landing face first inon cheekboneI had to have C fused. Both of these were through the Front so they removed the initial plate and screws and replaced with a smaller one between C4 and 5.

I was then rear ended which required fusion surgery in using the posterior approach using rods and screws for a "markedly unstable" C Rods cover C3 to C5.

I have been dealing with the pain and with a very understanding husband have been able to "live" where almost no one would know that I had "anything" wrong with me. I have recently started have extreme pain up the left side of my neck and into the left side of the base of my scull.

It is like someone stabbing me with a hot poker both inside my ear and up into Code for retrolisthesis head. It stops me in my tracks and seems to hit without warning, but appears to happen whenever I move my head even slightly from looking a little downward to the side to straight ahead.

It is happening enough that people stop and stair when I suddenly stop as I find it impossible to ignore. The last time I saw a doctor and he had a spect scan done in JanI was said to be stable with minimal retrolisthesis at C3 on C4 and anterolisthesis at T1 through T3.

I am feeling like I should be talking to someone about the sudden change in the pain as well as what causes it, but at the same time, I feel like the doctors are stumped and figure there is nothing they can do and I am just going to have to deal with the pain. 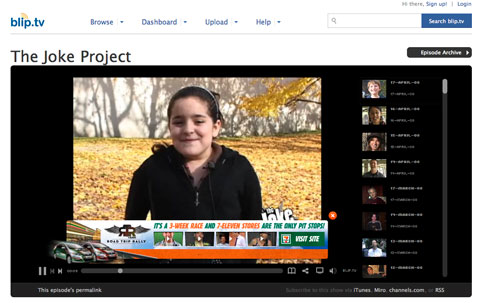 Should this sudden change be something important enough to "bother" the doctors, or would it just be considered something to put up with because it will not get any better? It has felt like I have been sitting on a motor boat with reverberations up and down the spine and legs.

I just started Lyrica and today is the first day on the job that I wasn't totally distracted from these feelings. I will continue this medication along with prayer and I have hope it will get better.

Just wanted you to know there could be some help for you too. Stay close to the Lord and he will give you the strength to get you through. Now I'm in tons of pain, have limited mobility, but how am I going to be able to go back to work, office job, and resume my normal activities?

The doctors aren't really saying because I know they don't have a definite diagnosis, but no one will level with me. The doctor wanted to give my spinal cortisone injections which I refused. He gave me muscle relaxers and pain killers for the pain. Through my work, I have seen too many patients become addicted to pain killers and muscle relaxers, so I didn't want to go that route, either.

I got a prescription to see a physical therapist for six weeks, three times a week. I can't speak for everyone, but just in my own experience, working with the physical therapist and doing the stretches at home like he showed me in his office has helped me tremendously. I've read the posts on here and for those of you who are still suffering, my heart goes out to you, and I will continue to pray that each of you get released from the pain.

I literally feel your pain. I envy old people who can still go for a walk. I feel just like you. Night and day, it never ends. It seems the door keeps closing more and more on my life so that it is almost shut.Doctors give unbiased, helpful information on indications, contra-indications, benefits, and complications: Dr.

Mackinnon on foraminal stenosis c4 c5: Basically refers to degenerative (aging) changes of the spine. Disk/osteophyte refers to bone spur and/or disc protrusion, and facet/uncovertebral hypertrophy refers to arthritis of the joints at the back part (facets) and sides (uncovertebral.

Retrolisthesis, or backwards slippage of a vertebra, is an uncommon joint dysfunction. A vertebra is a small bony disc that makes the vertebrae, a . ICDCM Diagnosis Code H Retrolental fibroplasia, right eye.

In conjunction with degenerative disc disease, a distinct but functionally related condition, facet syndrome is believed to be one of the most. Aug 24,  · A retrolisthesis is an acute, degenerative, or congenital condition in which a vertebra in the spine becomes displaced and moves backward.

In most cases, retrolisthesis occurs when a soft disc that separates and cushions vertebrae either deteriorates or ruptures. Trial of facet joint injections has resulted in a significant reduction in pain.